One of the hallmarks of our state’s capital is it’s title of “Live Music Capital of the World.” This title was officially given to Austin in 1991 when it was discovered that the city had more live music venues per capita than anywhere else in the nation. Talk about an environment that encourages creativity, fun and self-expression!

Every year Austin is the host to numerous live music conferences, including the South by Southwest Music Conference and Festival (SXSW) held in mid-March. In the early years of the conference, Texas musicians were having some difficulty getting their music out into the wider-known music scene since they were tucked away in Midwestern America. SXSW helped to bridge the gap by bringing people and talents from all over the nation and eventually the world, to the conference. Within its second year, the conference had already established some international interest as many bands in Austin and around the US became widely popular in Europe. In true typical Texas-charm fashion, the feelings of interest were mutual concerning American interest in the European bands which led to a lucrative and dynamic music conference. 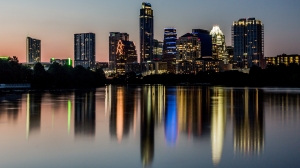 Want more info about the SXSW conference this year? Head on over to their website!

Howdy! We are a Texas-based company specializing in all things Texan! We have a wide variety of gift items, including food and personalized items, that you can view on our website or see in person at our Frisco store. Orders can be made online, on the phone, or in person at our store. We hope y'all like what you see and come back now, ya hear?
View all posts by texastreats →
This entry was posted in Austin, Fun, Texas, Texas Music and tagged austin, Live music capital, Texas, Texas Fun, Texas History, Texas Towns. Bookmark the permalink.